We had friends from London visit us, in early May, while we were on a four-month house sit in Ottawa; the weather was crappy but the company was good.

Since they were only visiting for a few days, there were a few places they wanted to check out while they were here: The Royal Canadian Mint, The National Gallery of Canada, the Byward Market and the House of Targ (a video arcade) were on the list.

First on their agenda was the Royal Canadian Mint.

Our first stop was at the Royal Canadian Mint which is located at 320 Sussex Drive, Ottawa. Just so you know, you are not allowed to take photos on the tour; you can, however, take them in the Boutique and of course, outside. 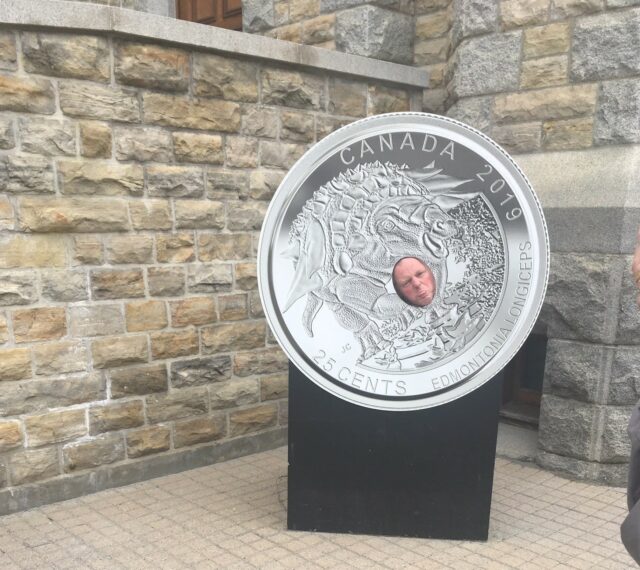 OUR FRIEND JOHN – CLOWNING AROUND

The Royal Canadian Mint is a crown corporation and produces all of Canada’s circulation coins as well as manufacturing circulation coins on behalf of other nations. In addition to the coins, it also manufactures precious metal collector coins such as gold, silver, palladium, platinum button coins, medals, medallions, and tokens.

It also operates as a profit entity without relying on the taxpayers’ support to fund its operations. It consists of a board of directors which is made up of a Chair, President and CEO and eight other directors and is accountable to the Minister of Finance.

As most of us know, the penny is no longer produced as of March 2012; the final penny was minted in the Winnipeg Manitoba plant on May 4, 2012.

The Royal Mint is open year-round. You have to book the tour in advance which takes approximately 45 minutes and you have the choice of either an English or French-speaking tour. The tour itself will take you behind the scenes of their state-of-the-art facilities. Here you will see the master tooling that is done to create the dies that make up the designs for both the commemorative and circulation issues.

In 2007, the Royal Canadian Mint produced the world’s first million-dollar coin which weighed 100 kg and was 99.999% pure gold with a face value of one million dollars. The purpose of the coin was to promote the new line of pure 1-ounce Gold Maple Leaf bullion coins. Since then, five of these have been purchased by investors from Canada and abroad. These coins weigh 3,215 troy (31.10 grams) ounces each. One side features the image of Her Majesty Queen Elizabeth II and on the other side, the hand-polished maple leaf design.

Mint artist and senior engraver Stan Witten was the artist behind the maple leaf and Susanna Blunt was responsible for the profile of Her Majesty Queen Elizabeth.

The boutique is where you can shop for collector coins, gifts, souvenirs and an exclusive line of Royal Canadian Mint clothing.

I was in the market for a wallet that was also big enough to hold my cell phone and found this one which I thought was rather stylish. 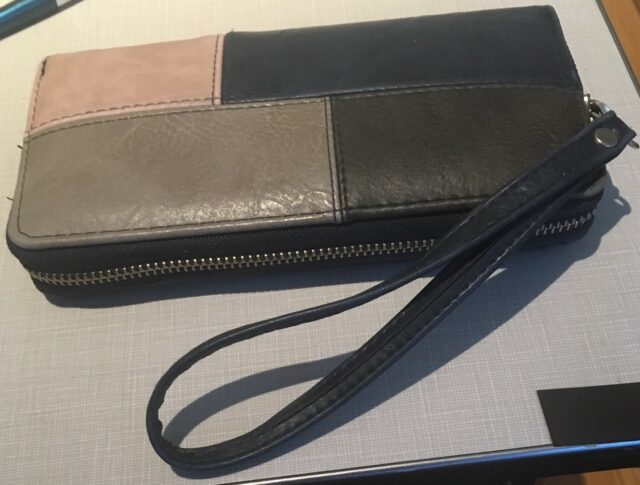 Public transit is a great way to get around Ottawa and is provided by OC Transpo; it is economical as well as efficient. Operating 22 hours a day, you are sure to find a bus to get you to your destination. For more information, call 613-741-4390 or you can check on the web.

Children 5 and under: Free

There is a parking lot in the National Gallery of Canada which is about a 3-minute walk from the Royal Canadian Mint. 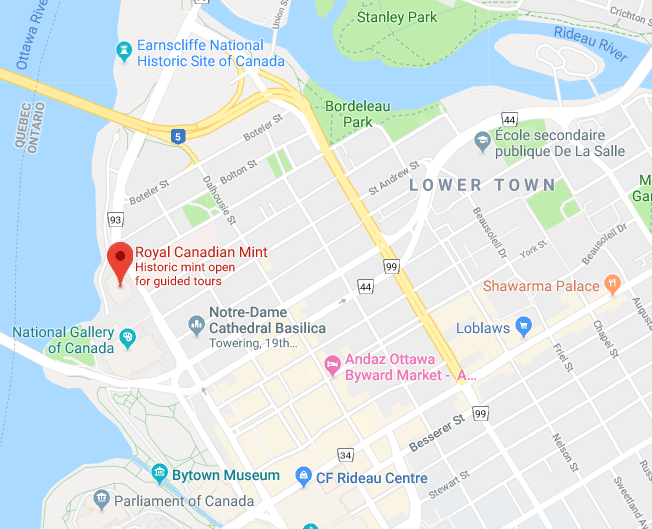 The Gallery has an underground parking lot and costs $2.75 per half-hour, up to a daily maximum of $14 (there is a $2 discount for members). There is also some parking available on adjacent streets.

Since this was our second trip to Ottawa, we were more than happy to accompany our friends. If you are a coin collector or just like seeing how things are produced, then you will enjoy the Royal Canadian Mint.

In our next article, we will be visiting the National Gallery of Canada.

Have you been to the Royal Canadian Mint? What did you think of it?

I love to travel and my biggest regret is that I waited so long to do it, thinking I just couldn’t afford it. I have had some crazy fun, met some amazing people, and had some scary moments such as getting locked in a shower at a campsite. For our trip to Mexico, we were able to save money by house sitting, which was something completely new to us. If this is something that interests you, then check out TrustedHousesitters or HouseSitMexico We hope you visit often.