Two days after our house sit in The Beaches, a lovely area in Toronto, we headed to Collingwood to start a 10-day house sit. It was a cold, dreary, drizzly day and about a two-hour drive.

Collingwood is a town in Simco County, Ontario, Canada. It is situated on Nottawasaga Bay, at the southern point of Georgian Bay. Population is 22,000 (2016).

Collingwood was incorporated as a town in 1858 nine years before Confederation and was named after Admiral Cuthbert Collingwood who was Lord Nelson’s second in command at the Battle of Trafalgar. He assumed command of the British fleet after Lord Nelsons’s death.

The Town was known previously as Hurontario Mills and as Hens and Chickens Harbour (after the one large and four small islands in the bay).

Collingwood is close to the beaches of Wasaga, has lots of biking and hiking trails as well as several restaurants to choose from.

It is also known for its largest in the world annual weekend Elvis Presley Festival which attracts Elvis impersonators from all over the world. This occurs in July of each year. This year it is scheduled for July 26-28.

Apparently, the future after this year’s event, which marks its 25th anniversary, is uncertain. The town council has voted to discontinue funding the annual event and states a decline in attendance and economic impact as its reasons.

So, if you are an Elvis fan, mark the date and plan to attend as this could very well be your last opportunity.

Upon our arrival in Collingwood, Delaire, who is in the travel industry, graciously invited us into her beautiful and spacious home which is situated in a peaceful area on half an acre. There is also a nice large deck but unfortunately, the weather wasn’t comfortable enough to sit out.

After welcoming us, Delaire was busy, which we understood – she was heading to Scotland (lucky her) and still had some last-minute packing to do.

Our Reason For Being There

We made ourselves comfortable and watched the cats (I should say cat as only one was visible) as they decided if they wanted to meet these two strangers who they didn’t invite. 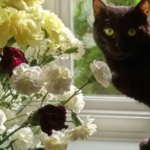 Blue, the more approachable of the two, would come close to us, pause for a second, and then disappear. She is a beautiful, black, small and dainty adult cat. She loved to be petted but did not want to be picked up. However, she would snuggle in close to my husband or I. She also loved to eat and was quite happy to have her meals from either her dish or Piper’s – it really made no difference to her, as long as she could eat!

While both cats were sweet and friendly, Piper stole my heart. I think it was because I considered her a challenge as we were told she would make contact when she was good and ready – we didn’t even see much of her on our first night there – just a glimpse of her running by occasionally. 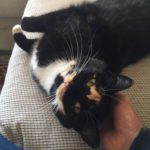 She is a beautiful, younger, larger cat; her colouring is a mixture of black, white and orange.

After a couple of days, she decided to trust us and at first, she would weave her way in and out of my legs while I was getting her food.

Eventually, she would climb up beside us and let us pet her. She did not care to be picked up either but loved tummy rubs and was quite content to get some loving. 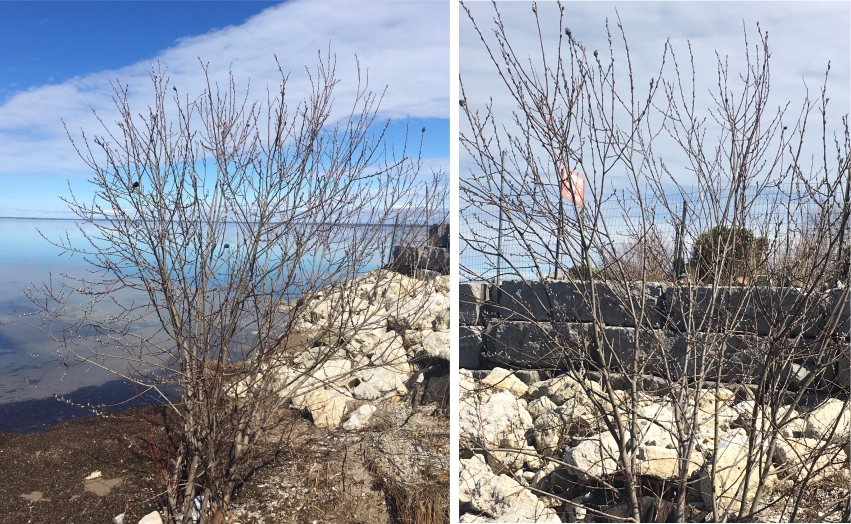 This was a comfortable house sit. We loved the location, the house was cozy and Piper and Blue were extremely easy to look after.

I admit I used to listen to Elvis in my younger days and if this is the last opportunity to see the excellent impersonators, I am almost tempted to get tickets – the hard part will be convincing my husband we should do this.

Our house sit in Collingwood was at an end and we were heading off to Ottawa for one night and then a 4-day house sit in Quebec!

Delaire gave me a goodbye hug and we let her know if she needed us again, to give us a shout.

House sitting presents many challenges, some good, some bad, but mostly it is a great experience. For us, it is not just about looking after the pets and/or homes but it also gives us an opportunity to check out the area and the culture.

If you are interested at all in checking it out, I would contact Trusted House Sitters as they always have a great selection of stays to choose from.

If you have any thoughts on our experiences or would like to share some of your own, we would love to hear from you in the comment section below.